Secret Ponchos: Most Wanted launches in only one week! 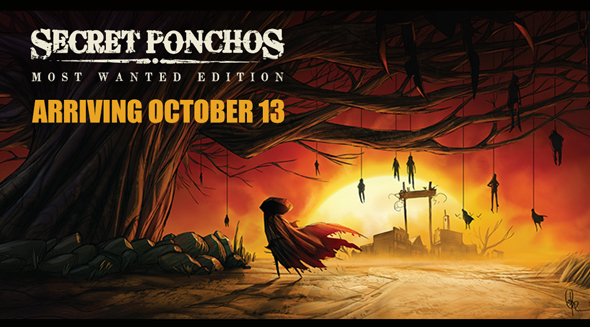 Secret Ponchos: Most Wanted Edition is an unforgiving new style of fighting game launching on October 13 for the PC. It is a fast-paced, strategic, and addictive PVP experience staged in a stylized Spaghetti Western universe of outlaws and bounty hunters.

EVERY SHOT A SKILL SHOT
An uniquely isometric fighting game, Secret Ponchos brings many fresh ideas to the genre: from taking cover to hide or ambush your enemies, to planning attacks on an enemy gang with a team of friends (and more!). But beware, with our deep, skill-focused combat system everything has a price: evasion costs stamina; every bullet matters with manual reloads; a heavy attack might leave you open for counter fire if you miss. Fights rely just as much on your ability to think under pressure as they do on quick reactions and true aim.

On Saturday, September 19, we pushed live an update with the following: 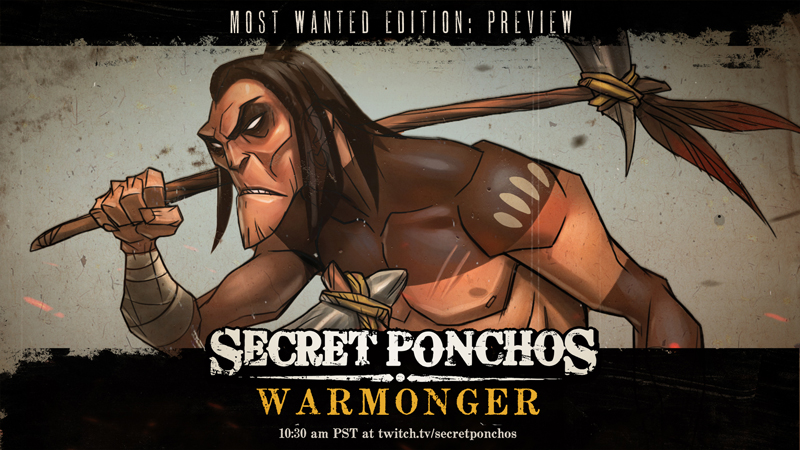 We're back from a wonderfully successful PAX and rarin' to go on Saturday's stream. To celebrate our return, we're going to be breaking out WARMONGER for a sneak peak as well as talking about PAX and updating everyone on the state of the game.

BE THE FIRST TO PLAY SECRET PONCHOS: MOST WANTED EDITION - IT'S COMING TO PAX PRIME! 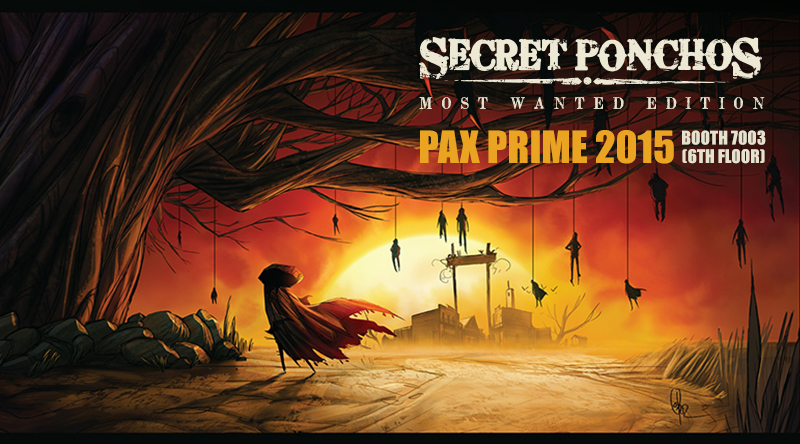 We're extremely excited to announce that we're headed to PAX Prime in a few days and we're bringing Secret Ponchos: Most Wanted Edition with us! Whether your press, content creators, or a long time fan, PAX will mark the first time anyone, anywhere will get their hands on the new outlaws, new modes, and new maps!

It's going to be an intense and exciting time, we're going to be hosting tournaments every 3 hours with T-shirt prizes for winners! So if you plan on signing up - get practicing now, the last tournaments at EVO were insanely competive, tense and thrilling.

We'll be on the 6th floor, booth 7003. Make sure you stop in to say "hi" and become one of the first to play Secret Ponchos: Most Wanted Edition. 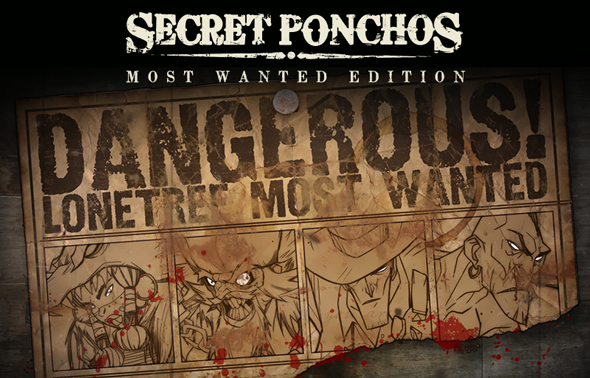 It’s been nine months of hard work since our original PS4 Secret Ponchos launch and at long last we are pleased to announce the new, massively expanded edition: Secret Ponchos: Most Wanted. This new version will have over twice the amount of content of the original, including: new outlaws, new modes, new maps and more.

About Secret Ponchos
Secret Ponchos: Most Wanted Edition is an unforgiving new style of fighting game. It is a fast-paced, strategic, and addictive PVP experience staged in a stylized Spaghetti Western universe of outlaws and bounty hunters.

Official launch date is set for September 29, with an update to follow in the future for the PS4. For those who can’t wait, the game is currently in beta on Early Access with a special offer of buy 1 get 1 free. And for a limited time, you can get an additional 40% off if you buy it from the Humble Store!